Grown ups afraid of the light 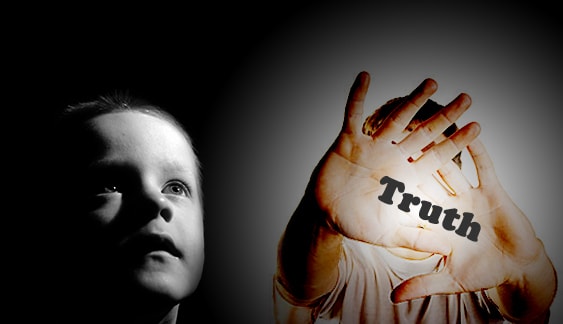 The Times on Good Friday had me afraid my plane had passed through a time warp and that I’d arrived three days in the future. The front page article – ‘Thank heavens: Pope puts Hell in doubt’ – must surely be an ‘April Fool’ prank, I thought to myself. But, no, the date blazoned on the Time’s distinctive masthead was Friday March 30 2018.

So, no bending of the Space-Time Continuum, then. The article was genuinely genuine.

‘Hell, it turns out,’ wrote Philip Willan from Rome, ‘is not a fiery pit of eternal damnation. Neither does it involve varieties of extreme torment. Rather, the punishment for sinners upon death is simply that they disappear.’

The source of the revelation was an interview between Pope Francis and atheist philosopher Eugenio Scalfari in the Italian newspaper La Repubblica.

Well, I mused, this must be good news for every Buddhist because, for Buddhists, non-existence is heaven. Jehovah’s Witnesses likewise would be pretty chuffed, since they’ve been claiming the same idea for over two hundred years.

A Leader writer applauded the Pope's ‘instinct to reconcile eternal truths with the mores and understanding of the modern age.’ In a post-modern world which finds the concept of Hell ‘vindictive,’ said the writer, the Popes ‘clarification that there is no such thing as eternal fire and brimstone, should be a reassurance to everybody.’

It reminded me of something that happened after Victorian cleric F W Farrar’s publisged his book Mercy and Judgement in 1881, in which he questioned the doctrine of eternal punishment for the wicked. A member of the criminal establishment burst into and East End pub, shouting to his cronies:' Good news mates! Farrar says there’s no ’ell!’

It turns out, apparently, that the Time’s front page story was a bit of a Good Friday Hoax. So it looks as though Pope Frank still believes in in eternal justice.

But the fact is that Christianity hasn’t suddenly become at odds with the prevailing culture. The message of Jesus has always been unpodular with the Zeitgeist. The Virgin Birth, God becoming man, Salvation by God’s grace alone through faith in Jesus alone, Substitutionary Atonement, the Resurrection, the Ascension, the Second Advent and, of course, Hell have always been at odds with the prevailing culture. But, paradoxically, it is those timeless unique truths that continue to attract people to the Christian message.

The Bible didn’t get to be the world’s best-selling book by appealing to prevailing mores. Nor did Christianity get to be the largest religion in the world because it was willing to cave in to every objection. If the Church gives in to culture, it has no message to share with anyone.

C. S. Lewis said that if there was one doctrine he would expunge from the Bible if he had the power, it would be Hell. Any Christian who has not at some time or other wished the same as Jewis, is heartless. But, as Lewis pointed out, Hell is in the same Bible as heaven is, but no one has the right or power to play fast and loose with the words of God.

But why is Hell a problem? Do the world not believe in the concept of justice? Justice is at the heart of what Hell is all about.

‘Retribution as a moral principle is incompatible with a scientific view of human behaviour,’ says Richard Dawkins. ‘As scientists, we believe that human brains, though they may not work in the same way as man-made computers, are as surely governed by the laws of physics. When a computer malfunctions, we do not punish it. We track down the problem and fix it, usually by replacing a damaged component, either in hardware or software.’

Even though Dawkins’ dazzling example of scientific insight is still on line, Dawkins had to admit, when challenged, that criminals need to be punished.

When pushed, we must admit that we’re not so much averse to justice for the moral monsters as we are to justice applied to ourselves. Atheist intellectual Marganita Laski stated on radio in the 1960s that we’re all lonely; we’re all guilty and we’re all going to die.

Hell teaches us that no one escapes justice. Not Hitler. Not Stalin. Not Pol Pot; Not Chairman Mao. Not Jimmy Saville. Not Harvey Weinstein. Not Richard Dawkins. Not Times' Leader writers. Not Frederick William Farrar. No you. Not me.

The real good news is that although everyone of us will one day have to face justice at the hands of a God of justice, justice was meted out on the first 'Good Friday', two thousand years ago. Justice was satisfied at the Cross so that all who confess with their mouths Jesus Christ as Lord and believe in their hearts that God raised him from the dead will be saved.

It's that easy. But it's also that hard, because placing our heart-felt trust in Jesus alone and confessing him before others is very scary. Not because we think it's not true but precisely because we sense it is true!